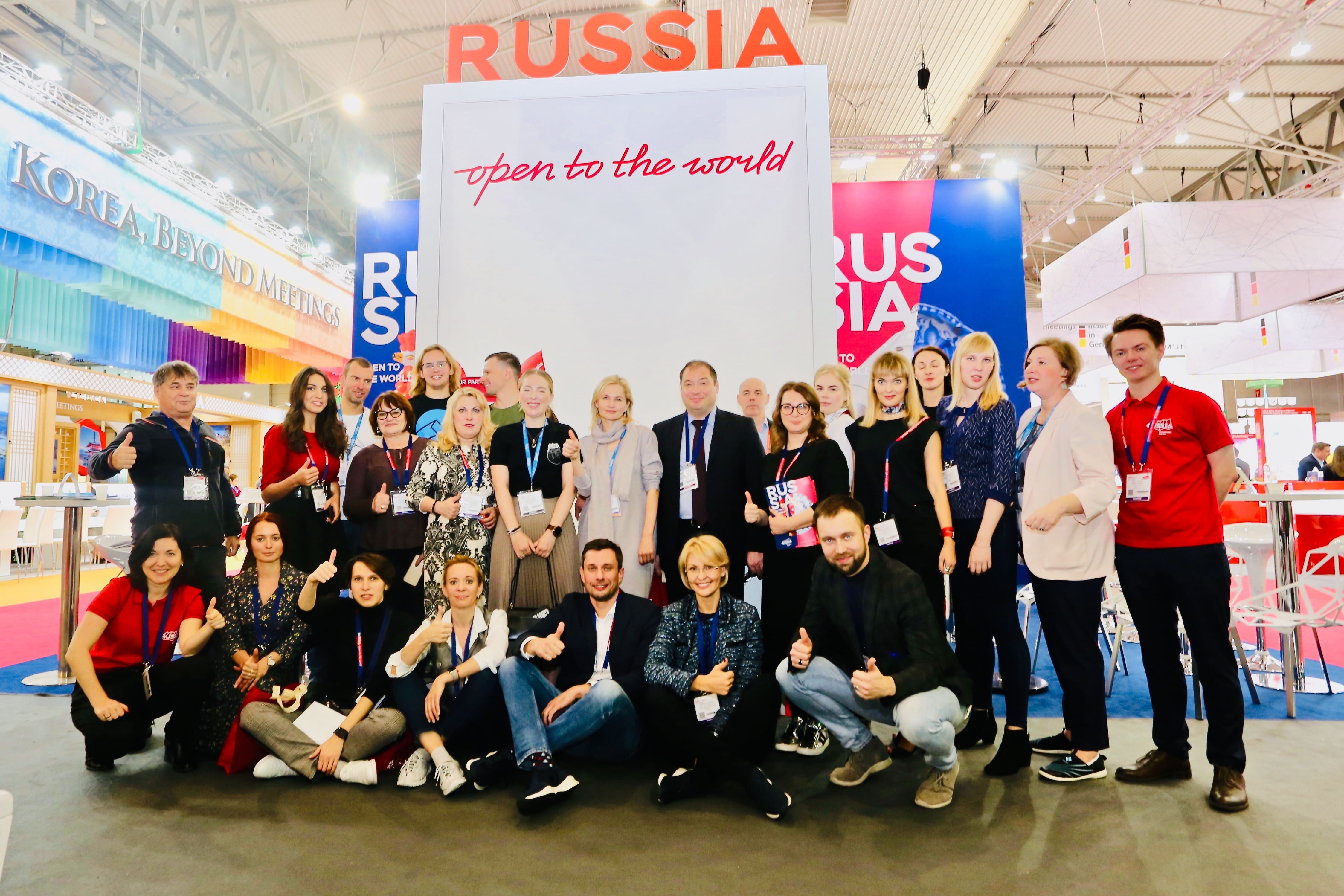 This was the third time Russia took part in the largest international exhibition of the event industry in Barcelona. The Russian exhibit entitled “Russia Open to the World” presented 17 companies from the professional market of Moscow, Saint Petersburg, Kaliningrad, Leningrad and Sverdlovsk Regions, and Kamchatka.

The Russian exposition was organized by the Russian Convention Bureau with the support of the Roscongress Foundation.

Foreign guests of the exposition studied the presentations of regional cases of the event industry. The Russian Convention Bureau has demonstrated to the participants of the exhibition the various capabilities of Russia to host events of any level or scale. Over the past several years Russia has reliably improved its positions on the international market. The country with rich history, modern event and tourism infrastructure, high scientific and technical potential has created a unique proposition for foreign partners to organize and visit various events in different cities of Russia.

Once again the national exhibit attracted wide attention not only from international buyers, but also from leading European trade publications. HQ, leading magazine of the event industry, has published a special issue dedicated to the event industry of Russia. Aleksei Kalachev, Director of the Russian Convention Bureau, talked in his interview with HQ about the work of the Russian Convention Bureau, and members of the organization. The magazine presents the key regions of Russia for holding international events.

“Participation in the exhibition is a large step forward for our country’s image when we prove once again that the event industry in Russia is developing swiftly and actively, often creating new trends on the market. This year international event organizers have shown special interest in Russia. Introduction of electronic visas served as yet another stimulus for work in our regions,” Alexey Kalachev said.

During three days of IBTM World, more than 3,000 specialists from the international meeting industry visited the national exposition of Russia. The staff at the exhibit held more than 30 presentations and some 500 business meetings. Every morning the guests of the stand were treated to Krasnodar tea and traditional sweets. As part of the business program of the exhibition the participants visited networking sections, discussed new trends on the market, new approaches to organizing and hosting business events.

To remind our readers, on November 19–21 Barcelona hosted the 23rd world exhibition in the meetings industry – IBTM World-2019 which is attended annually by more than 15,000 professionals of the industry representing around 3,000 unique destinations from 141 countries of the world.