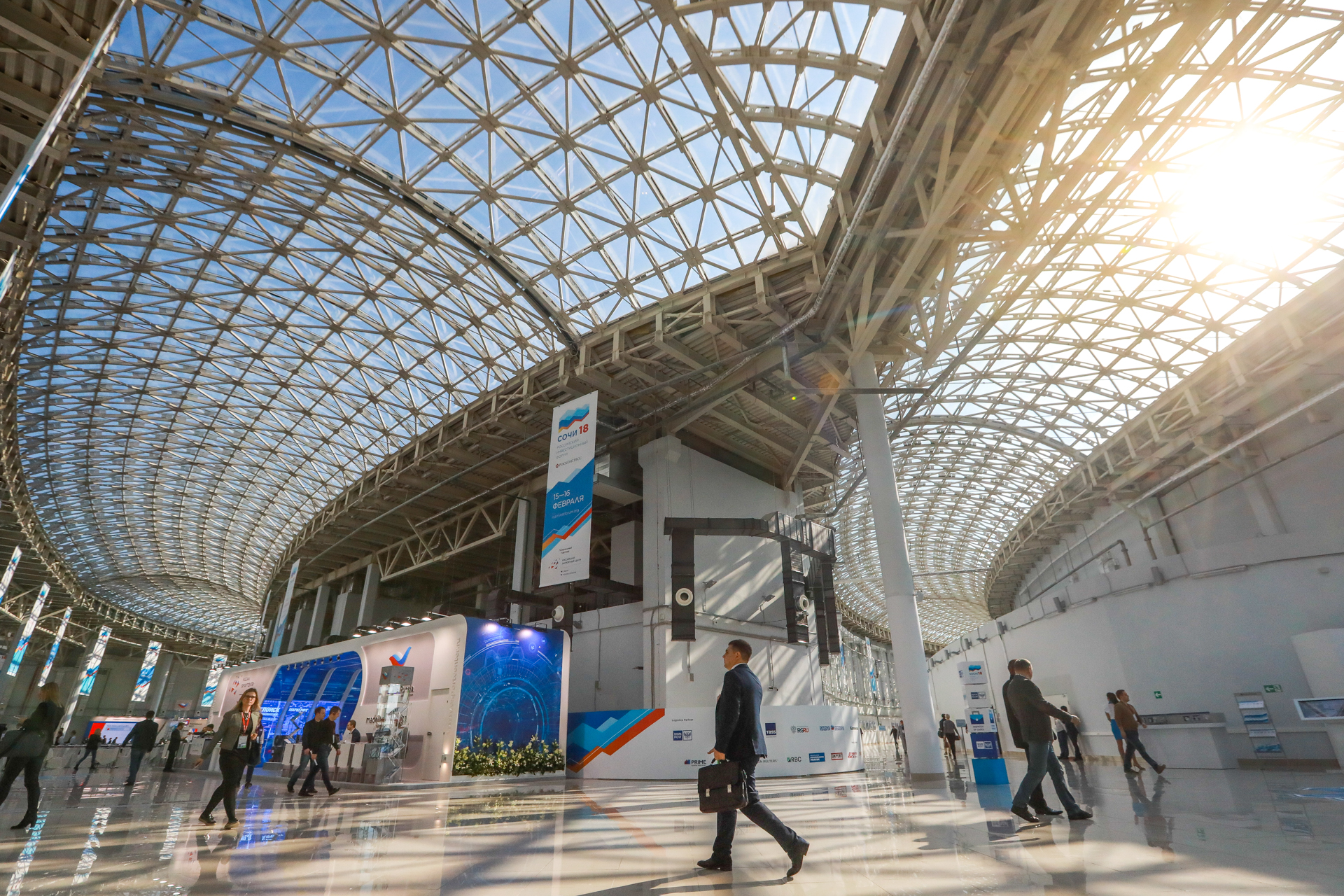 The Russian Convention Bureau will take part in the business program and events of the Russian Investment Forum, which will be held February 14-15, 2019 at the site of the Main Media Center of the Olympic Park (Krasnodar Territory, Sochi, Adler, Olimpiysky pr., 1).

Developing new formats for covering topical issues in business forums, the Russian Convention Bureau (RCB) invites all participants of the Russian Investment Forum to take part in the jam session "Good morning, country!", Which will be held in the case-zone on February 15 from 09to 10 a.m. The session will present the results of the ranking of the event potential of the Russian regions for 2018. The musical term "jam-session" means a joint consistent individual and general improvisation on a given topic. Speakers and experts during an informal discussion will answer questions and like musicians will create their own variations of the successful development of the region using unique tools.

Does everyone need to strive for leadership? International events in the region: fashion trend or need? Are major events a start for the further successful development of investment projects in the region? Infrastructure development: how to create and how to provide loading? How to build partnerships with major development institutions and organizers to achieve maximum results? These and other issues will be discussed by representatives of regions that have shown the best results in the ranking of event potential or have made a real breakthrough in the industry.

“The Rating of the event potential of the regions has been formed by the R&C Exhibition and Research Center over the past five years and serves as a kind of reference point not only for event organizers, but also for local authorities to decide on further development,” - comments Alexey Kalachev, director of the National Congress Bureau. –“Thanks to the Rating, we have the opportunity to annually track changes that affect the formation of the event market in the regions of the country. The rating data make it possible to generalize and systematize information, including outline the main vectors and the most effective steps to create a favorable investment climate in the region due to the development of the event industry. It should be noted that the best results are shown by regions with an active position in terms of promotion in the foreign and Russian markets with the effective assistance and support of regional authorities. As part of the RCB regional development strategy at the site of the Russian Investment Forum, we also plan to conclude agreements with the Government of the Saratov Region and the Ministry of Economic Development of the Novosibirsk Region».

The Russian Convention Bureau, created with the support of the Government of the Russian Federation, celebrated its first year of activity in December 2018. During this time, significant steps have been taken to consolidate the industry within the country, as well as to form and strengthen the image of Russia on the international market as a competitive and promising destination for international events. In the first year of activity, the Russian Convention Bureau managed to show significant results - with the support of the RCB, 4 major international events were attracted to Russia, the total economic effect of which will be about 5 billion rubles, and the amount of expected tax revenues to the budget will exceed 550 million rubles.