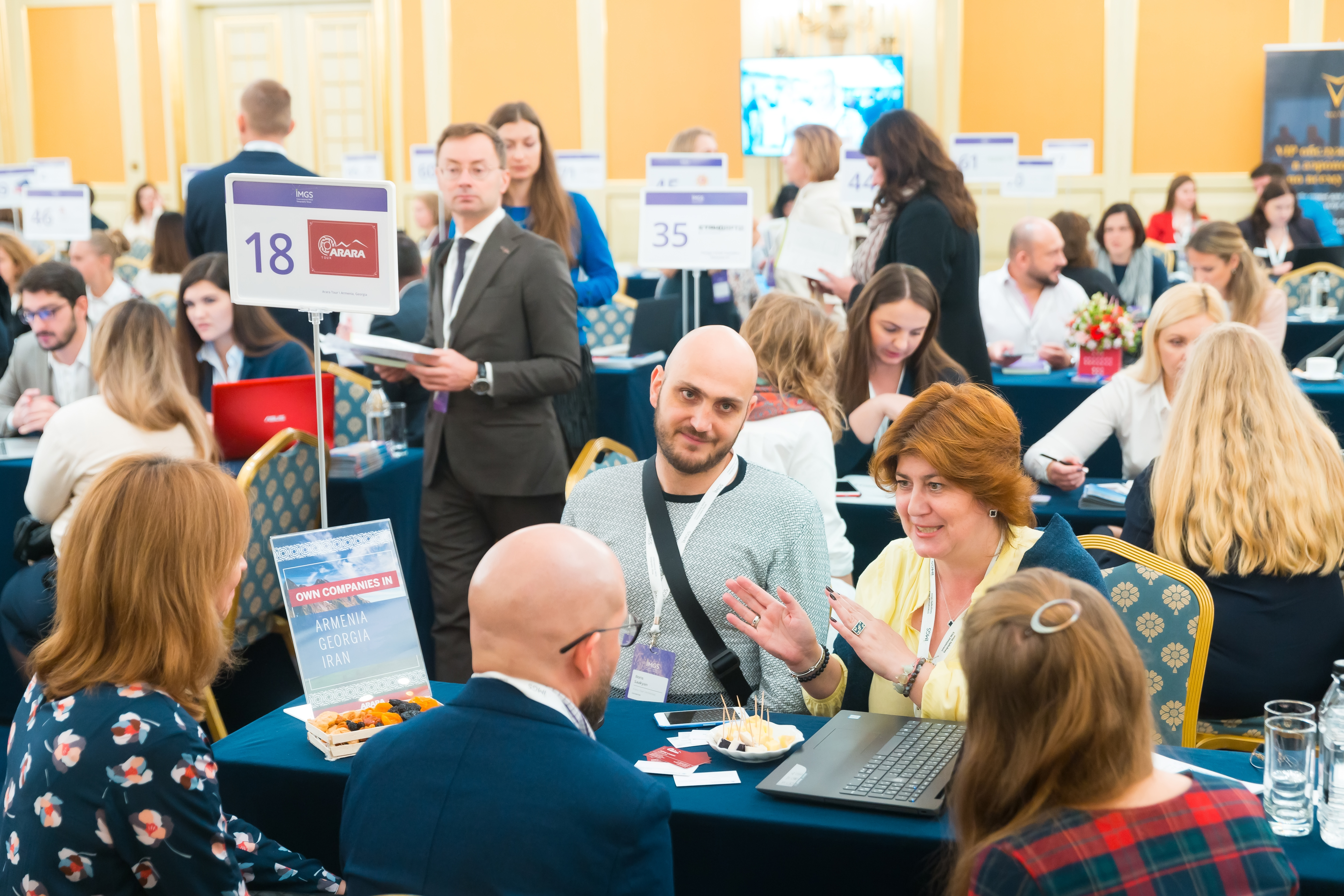 October 24-25, 2019 in Moscow will host the fifth anniversary of the International MICE Geography Show

The fifth anniversary of the International MICE Geography Show will be held October 24-25, 2019. The business program includes a B2B workshop and an educational conference, one of the headliners of which will be a pilot-cosmonaut, Hero of Russia Alexander Misurkin.

Members of the National Congress Bureau can join the IMG show as Exhibitors on special conditions - they are given a 10% fixed discount on the cost of the basic package.

By tradition, the events of IMG Show 2019 will unfold at several venues in Moscow. An international MICE workshop will take place on October 24 at The Ritz-Carlton, Moscow. In addition to working meetings, a program of seminars and master classes is planned: in particular, on the possibilities of neuromarketing in digital communications, eco-formats, regional Russian cuisine as a WOW effect at the event, as well as on the financial intricacies of the organizer of business events.

Discussions and lectures of the educational conference “Another Conference about MICE” will be held in the new season - Grammy Hall in Double Space. Industry professionals will discuss the latest trends at MICE, learn how to find a common language with the right people and work with high-ranking guests, talk about intercultural communications, the impact of politics and economics on the industry and other relevant topics. The headliner of the conference, pilot-cosmonaut Alexander Misurkin, will share his experience in team building, reveal some professional secrets of working in a stressful situation, and talk about space capabilities for holding MICE events.

The grand closing of IMG Show 2019 will take place at GrandBallroom on the evening of October 25. For the first time, the Buying Business Travel Awards Russia & CIS - MICE ceremony will be integrated into the gala dinner program. The famous award of the British edition of Buying Business Travel has been awarded in London for more than 20 years and since 2016 in Moscow. Among the 12 nominations in the MICE category, the best hotels and destinations for holding business events, the best travel agency work to promote the MICE direction will be evaluated, as well as the best MICE managers in the corporate and agent segments.

“The IMG Show is already in its fifth year - this is the first anniversary, and it will be special,” said Irina Mikhalkova, Executive Director of ABT-ACTE Russia. We attracted new Exhibitors, improved the online appointment scheduling system, plus we found a brilliant literally way to stimulate customers to work actively at the workshop: a real diamond will be played among buyers. We will also more consciously approach the issue of minimizing the negative effect of our event on the environment - we will tell and show what attempts have been made. And also, as always, we give our participants the opportunity to enjoy Moscow during the IMG show: the badge of both the Exhibitor and the buyer will give them the opportunity to ride on their favorite red Hop-on Hop-of buses and go to the Museum of the Russian Impressionismfor free.

The general partner of IMG Show 2019 is the Convention Bureau of the Republic of Korea. Organizer - Business Travel Association (ABT-ACTE Russia). Official website of the event: 2019.imgshow.ru/. Questions related to cooperation should be sent to info@abt-acte.ru