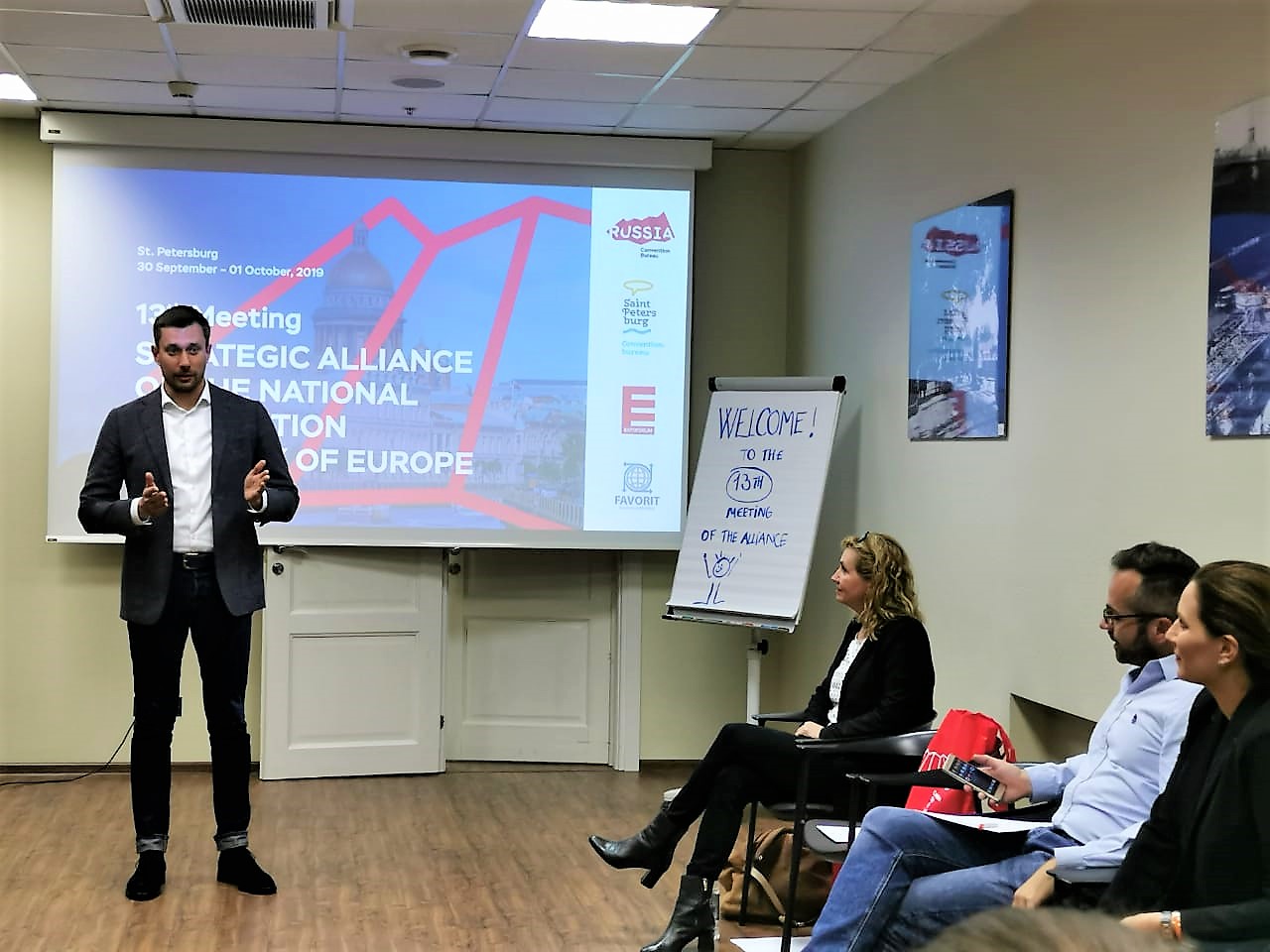 In St. Petersburg, a meeting of the Strategic Alliance of the European National Congress Bureau took place

For the first time, the 13th Meeting of Strategic Alliance of the National Convention Bureau of Europe took place on the territory of Russia. The decision to hold the regular Alliance event in the Northern capital was made in February 2019 in Vienna (Austria) following the city presentation by the Russian Convention Bureau (RCB).

The meeting, which took place on September 30 - October 01, 2019, was attended by the heads of the Convention Bureaux of Europe, which are part of the Alliance. The Russian Convention Bureau joined the European Strategic Alliance in February 2018.

The event official part included a discussion of the series of the Alliance activity organizational issues, including the admittance of the new member countries, and discussion of the goals for the five-year perspective. Heads of the National Convention Bureaux of Europe also took part in the strategic workshop, in terms of which the ideas and steps were formed to further effectively promote European destinations in the global business events market.

The meeting program of the Strategic Alliance participants, in addition to the business part, included a visit to the leading congress and exhibition venue in St. Petersburg - Expoforum Convention and Exhibition Centre, as well as the city tour.

The meeting organization partners of the Russian Convention Bureau were the Congress and Exhibition Bureau of St. Petersburg, ExpoForum - International and company Favorit.

Alexey Kalachev, the Director of the Russian Convention Bureau noted: “Holding such meetings within the framework of the Strategic Alliance provides an opportunity to the representatives of “one part of the world “ which in this case is Europe, to discuss in detail the promising areas of joint development, to share expertise and to direct efforts to strengthen the position of the European event market industry on the world stage. For the Russian Convention Bureau participation in the European Alliance is an important step in including the country in the organization key projects, which will make it possible to contribute to the national event industry development, as well as to promote Russia as a destination for international events within the European community.”


For more information visit the official website of the Russian Convention Bureau www.russiacb.com